Fr. Mathew Kadalikkattil was a fervent devotee of the Sacred Heart of Jesus and was a man of compassionate heart whose love for God found expression in the concern for the poor and the forlorn. Fr Mathew Kadalikkattil trusted in the divine providence in doing everything. Fr Mathew (1872-1935) was the second son of Cherian and Rosa of the Kadalikkattil family. He was born on 25 April 1872 at Edappady in the Eparchy of Pala. The family atmosphere of Fr. Mathew was so religious that it instilled in the boy the noblest qualities of compassion to the poor, selfless love, an inclination to prayer and other Christian values. As he wanted to dedicate himself fully to the service of the Church, he joined the seminary at Mannanam.

After his seminary studies in the Syrian Carmelite Monastery Fr Mathew was ordained a priest on 17 February 1901. Immediately after his ordination Fr Mathew spent two years in his own Parish, for pastoral experience. Then he was assigned a new parish Karoor dedicated to the Sacred Heart of Jesus.

Transferred in 1906, to  Lalam Old church as a parish priest Fr Mathew  was very  much like  St. John Maria Vianney, the Patron Saint of Parish Priests’ who spent long  hours in the confessional and brought about changes in the lives of many sinners.  He committed himself to the spiritual and material well-being of the sheep especially the downtrodden and the forlorn. He considered himself as a ‘Servant of the Sacred Heart’ and promoted devotion to the Sacred Heart of Jesus not only through his words but also by his exemplary life of charity. In 1910, he returned to St Thomas Cathedral, Palai, as Assistant Parish Priest, at the special request of the parish priest and he put to full use his experience and expertise as a Zealous priest. It was during the long hours spent before the Blessed Sacrament he received the divine inspiration to become the founder of a new religious congregation for women. His intention was to spread the devotion to the Sacred Heart of Jesus and also to care for the destitute and the orphans of the society in whom the face of the forsaken Jesus is reflected. Fr Mathew fulfilled this divine call on 1 January 1911 by founding the Sacred Heart Congregation.  His pastoral engagements brought new life to an innumerable number of families. Thousands of people had the privilege to receive a new life and light through the various houses he started.  He bestowed special attention to the conversion and uplift of Harijan’s and with great difficulty he started a primary school for their children. Another area he worked and spent himself for God and his people was education. He gave his fatherly care upon the primary school and middle school at Kannadiurumpu. Later he established an English medium middle school at Lalam facing almost insurmountable difficulties and hardship. This school later grew into the great High School, which is doing exemplary service for the higher education and overall progress of women in the area.

He set a route to the hilltop at Pampoorampara, (Kaveekunnu), erected the fourteen Stations of the Way of the Cross and built a chapel which was dedicated to the Mother of Sorrows. He was a man of God who had a never failing trust in the providence of God. He remained a humble and obedient priest throughout his life. He combined prayer and penance as his lifestyle and with utmost attention he offered the Eucharistic Sacrifice. He could bring about the true conversion of hearts of his people through the ministry as a preacher and confessor. Conducting catechism classes for the children and preparing them for First Confession and Holy Communion were of great concern to him.

Fr Mathew was called to his eternal reward on 23 May 1935 after 63 years of meritorious life. It was after a month of very painful illness he yielded his soul to the loving Heart of Jesus. Even in the last years of his life he was fully committed to the cause of the poor in spite of all physical strain due to his rheumatism and diabetic illness. He was buried in the Holy Magi Church (Cathedral Cemetery) at Pala, Kerala. Later on, his mortal remains were transferred to the Provincial house Chapel of the Sacred Heart Sisters at Pala on 6 August 1937.

It was Bishop Sebastian Vayalil who persuaded the superiors of the Sacred Heart Congregation to take up the initial steps for the canonization process of the founder father as he had great admiration and appreciation for Rev.Fr. Mathew Kadalikattil, who was his teacher and spiritual father. The members of the congregation were very happy about it and started collecting the necessary documents revealing the sanctity and heroic virtues of his life and the favours received through his intercession .Mar Sebastian Vayalil passed away on 02-11-1986. On the previous day of his demise, he handed over a write up, the last document which Mar Sebastian Vayalil had signed, to his successor Mar Joseph Pallickaparampil asking him to take the necessary steps to start the process for beatification and canonization of the zealous and virtuous Fr. Mathew Kadakalikattil. This gave an impetus to the commencement of the process of canonization. After a very genuine study the Postulator Very Rev. Fr. Lucas Vithuvettiekal CMI submitted an application to Mar Joseph Pallickaparambil to start the canonization process which was approved by the Catholic Bishop’s Conference in 1988. The local ordinary presented all documents to the Sacred Congregation for the Cause of Saints in Rome and later on 12-04-1989, Fr. Mathew Kadalikattil was raised to the status of the Servant of God.

Every year we celebrate the death anniversary of Venerable Fr Mathew Kadalikattil with Novena and Holy Mass for 9 days and on 23rd May, there is Sradha Ceremony. Pilgrims from near and far participate in these ceremonies ardently. 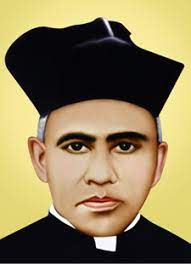